The python language is one of the most accessible programming languages available because it has simplified syntax and not complicated, which gives more emphasis on natural language. Due to its ease of learning and usage, python codes can be easily written and executed much faster than other programming languages.

The below websites will help you to learn Python

We convey our commands to the computer by writing them in a text file using a programming language. These files are called programs. Running a program means telling a computer to read the text file, translate it to the set of operations that it understands, and perform those actions.

Whether you are an experienced programmer or not, this website is intended for everyone who wishes to learn the Python programming language.

THE WORLD’S LARGEST WEB … W3Schools is optimized for learning, testing, and training. 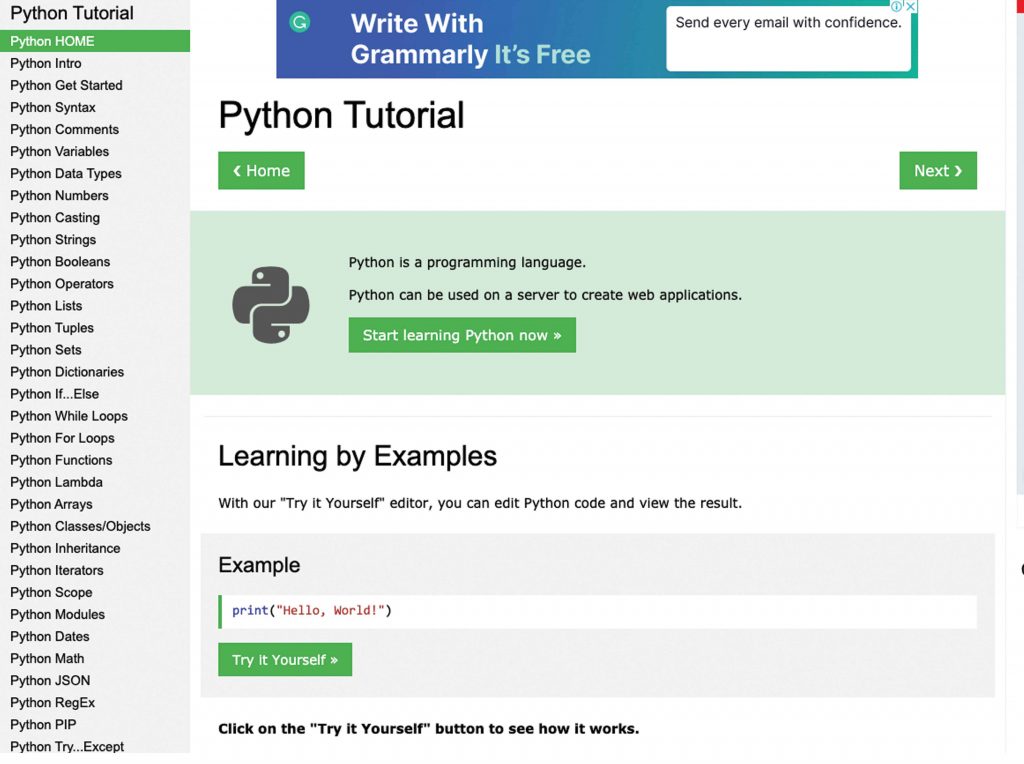